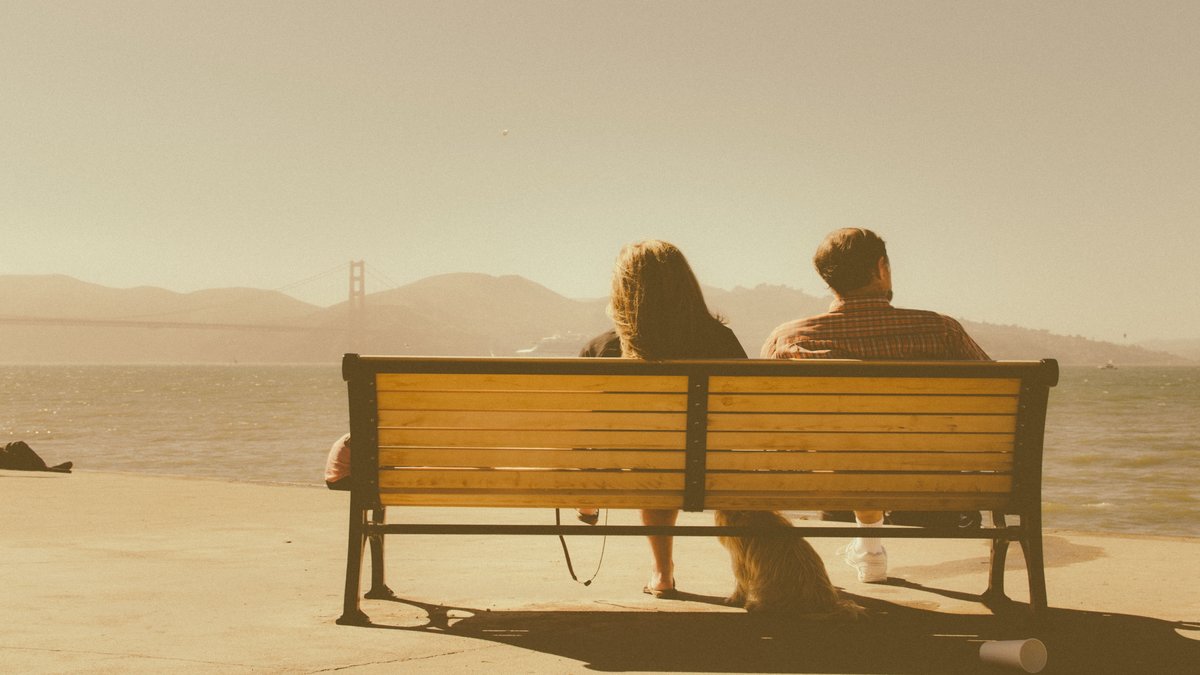 Of late, I am noticing a new trend in urban societies. Couples, who have been married for over 20 years and more, increasingly seem to be asking the question: ‘Should I get a divorce at 50?’

Termed as ‘grey divorces,’ there could be many reasons why people are contemplating separation after nearly two decades of marriage, the most common one being- Mid Life Crisis.

Is the Mid-Life Crisis a leading cause of Gray Divorces?

When the concept of the mid-life crisis was first presented by a Canadian psychoanalyst, Elliot Jacques, in London in 1957, the symptoms included religious awakenings, promiscuity, and an obsession with staying young. And perhaps these do contribute to people choosing to leave their ‘stable’ marriage and risking a new inning in life. But I have some more thoughts on the subject.

I believe that in a world where information is readily available, and people are increasingly practising some form of spirituality; the self-awareness levels are rising, especially in the urban environment where this phenomenon seems to be more common.

This self-awareness is forcing people to ask the question, ‘Is this really where I want to be?’ in context to their work lives, their social lives, and most definitely, their married lives. And the answers that they are discovering, particularly in the third case, are causing them to take action, which could mean breaking up their existing relationships.

Two polarities -Why people get married (and probably divorce)

I find that the reason people get married and what they expect from their marriages falls between two polarities. One of them is social acceptance, and the other is individual relationships.

On one extreme are people who get married for social reasons. These are individuals who tend to be conventional, feel the responsibility to their family strongly, and are always surrounded by family and friends. These people probably look at their marriages in context to their social setting.

On the other extreme are highly individualistic people. These are people who want to focus on the relationship for the value it brings on its own accord. These are individuals who look forward to spending time alone with their spouses and depend primarily on their partners for support. The rest of society is essential in terms of how it supports their relationship.

But what happens when there is too much distance between the two partners on this scale? It typically means that one of them needs to compromise. In such scenarios, children often become the deciding factor as to who will compromise, and in most cases, it goes the societal route. For the first 20-25 years of a marriage, the focus is often on family, raising kids, and earning a living.

But what happens when all those responsibilities are done, and it’s just the two people in the marriage without the distractions of kids and careers? The partners who have compromised may find themselves  asking the question: ‘Is this really where I want to be?’ and the response may very well be ‘NO.’

This soul-searching may come as a surprise to both partners. The person who enjoys being a part of the social structure might be shocked to know that one’s partner had probably not been happy for a long time. And the partner who wanted more of an individual relationship may, for the first time, realize that the feeling of dissatisfaction came from this need, which they had never acknowledged.

A doctor’s visit that triggered soul-searching

A friend of mine who had felt trapped all his life had an epiphany where he understood that it was not his wife but his life that he did not enjoy. Dhiraj (name changed) was in his early 60s and at a point in his life where his responsibilities were addressed- his son was settled, and his future was financially secure. But he couldn’t help feeling that his life was not what he’d wanted it to be.

The first indicator as he put it was when he realized that he was angry all the time. He had suddenly put on much weight, was feeling sluggish, and was spending more and more time in his office. He no longer enjoyed the social engagements and kept thinking of ways to avoid them.

One day when his blood pressure shot up, he visited his doctor, who encouraged him to examine his lifestyle and his life in general. That nudge triggered the process of significant soul-searching for Dhiraj.

He asked himself the ‘mid-life crisis’ question and was surprised to discover that when it came to his marriage, it wasn’t a place he wanted to be in anymore. But he had no idea what he wanted. Some friends recommended counselling, which Dhiraj believed would be apt for his wife, not him.

But as fate would have had it, he decided to give it a shot and was overwhelmed at a whole new world that opened up for him.

He discovered that he had lived most of his life without acknowledging what he needed. After a little time and many more counselling sessions, he realized that what he needed was the space for individuality. He wanted a relationship that was based on mutual respect, compatibility, and space and not a relationship that only satisfied social norms. And now he had a decision to make.

One bold woman and one bold step

Radha (name changed) had realized that her marriage was not working a long time ago. But she had continued to stay in it for the sake of her children. She had convinced herself that her daughters needed both parents but had given herself an ultimatum that when her younger daughter turns 21, and the marital situation hadn’t changed, she would leave home and start her life again.

And when she came to that bridge, she told her husband that it was time for her to go. Her husband couldn’t fathom what was wrong with their marriage since it was filled with loving family and friends. After a marriage that spanned nearly 25 years, it was naturally a tough decision to make.

She was financially independent, which worked in her favour but her life was entwined with her husband’s in many ways. When I asked Radha why she had decided to call it quits, she said, “I could no longer find a reason to stay.”

Today, seven years after taking one of the boldest decisions of her life, she is a woman with no regrets at all. She is living her life on her own terms, being utterly authentic to her own self, her own needs, and her dreams.

It doesn’t always end in Divorce

I fully understand that these are not the only reasons for relationships to break up. For understanding purposes, I have worked with just two parameters. Building a long term marriage is no easy matter, and breaking it is equally complicated.

If the response to your mid-life soul searching is leading you to question the relevance of your marriage, then think carefully before you take a call.

Even if the answer is ‘No,’ the result need not be a broken marriage. This awareness could also lead to the transformation of self and of the relationship.

When Saina (name changed) asked herself this question at 46, her response was also a ‘No.’ and she decided to take action. She convinced her husband to participate in marriage counselling, where they discovered they wanted to be with each other. And more importantly, they were willing to put in the work to understand each other once again.

It took a while, and they both faced some unpleasant truths but finally worked it out. They both swear by the fact that their marriage today, after almost six years, is better than it has ever been before. And working on their marriage has helped them evolve too.

Like Saina, couples can choose to find a middle ground, discover shared interests or hobbies to infuse life into the marriage. This is perhaps also that stage of life when a couple can find more time to get to know each other and build a new equation.

And so mid-life crisis today could simply mean asking yourself, ‘Is this really where I want to be?’ And if you co-relate it to earlier definitions of a mid-life crisis, this question could also lead to spiritual awakening, trying to find a relationship more suited to your temperament or just a realization that you are running out of time and have many dreams unfulfilled.

And that could be a powerful motivation for action. It all boils down to making a choice- A choice that works for you and you can live with. 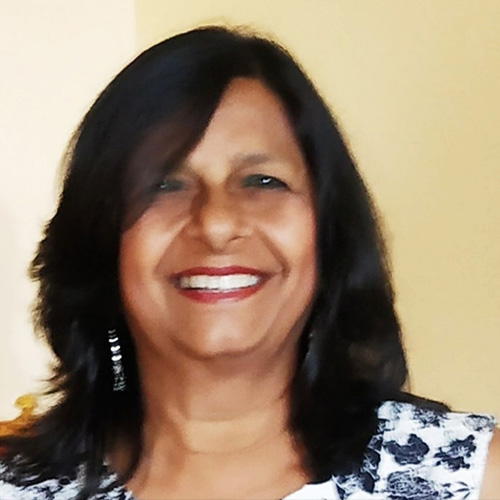 Sudipta is a storyteller who believes that the world is connected through a network of stories. Having worked in multiple areas ranging from education, training, events, television and digital content, the one common thread in all her work has been the need to connect, to learn and to make a difference. Today, she has started her own initiative called Storytelling Works and through this organisation, she reaches out to different audiences through innovative ideas which are all focused on using stories to create a compassionate and sustainable world. Her clients include TCS, Bosch India, Afcons amongst others. You can follow her on https://www.linkedin.com/in/sudipta-dhruva-7b3695122/ 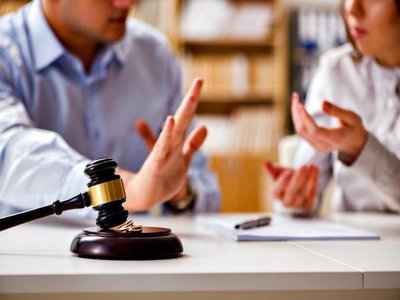 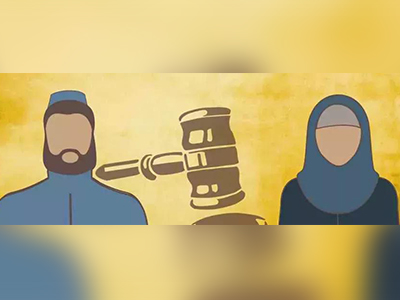 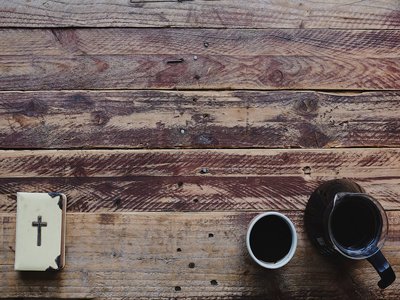 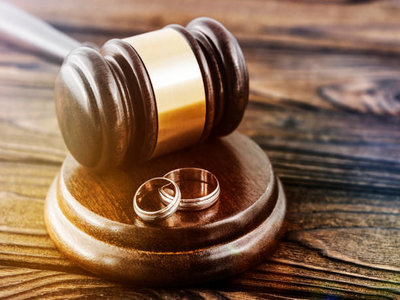 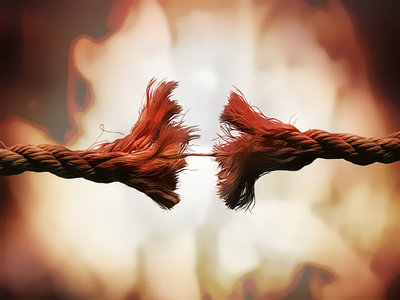 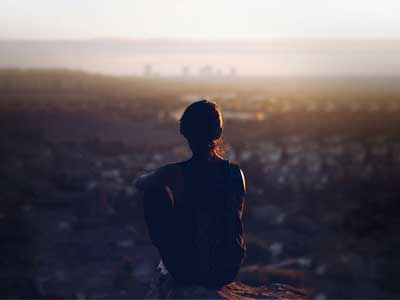