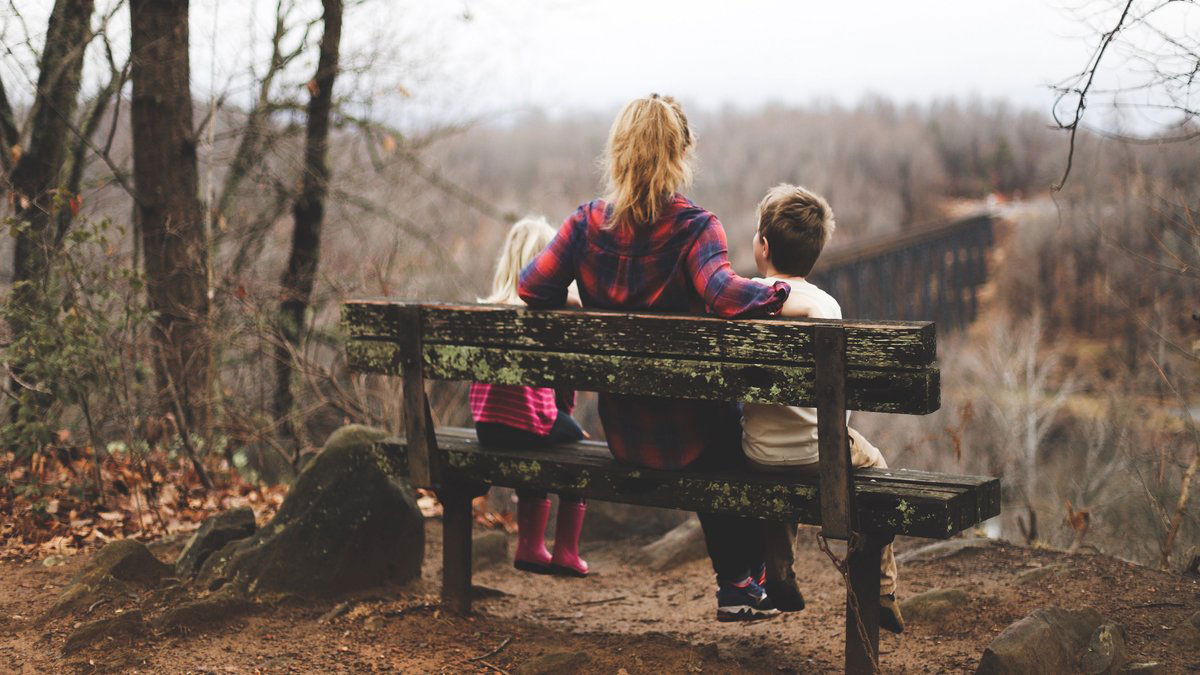 However it is that you came to be a Single Parent, by choice, divorce, abandonment, or by the death of a partner, one thing is undeniable.

Once you cross the pearly gates of Single Parenthood, there is no going back.

It is one tough sign up, one that takes physical strength, a rare kind of bravura and immense self-control, because, while on some days you might feel like the god of all the worlds for successfully navigating routines, school runs, homework and everything else in between without incident, on others, you end up burning all meals, feeling guilty, crying at the drop of a hat, depressed and ready to jump off the terrace.

It is this constant dance between happiness and depression that makes Single Parenting just as dark and exhausting as it’s cracked up to be. Although it is an overpopulated space (India alone accounting for 13 million households run by Single Parents, mostly mothers), there is a severe lack of role models or information that Single Parents can seek communion with.

As a seasoned veteran of the single parenting gig, and as the founder of ‘The Village,’ an exclusive support group for Single Parents, I’m here to give you invaluable insights on this bumpy, emotional roller-coaster ride called Single Parenting.

So, to make your life easier, here is part 1 of a compilation of things that no one tells you about Single Parenting, (You can read Part 2, by clicking here)

You are allowed to create your unique style of Parenting

When I became a Single Parent, I would look at other mothers and wonder how they did it. How their hair looked so loved, and their nails so buff. How they had the time to pick groceries and get out of it looking fresh as a flower. What was I doing wrong, I would wonder, as I cried and stuffed my mouth with my partially burnt dinner. It took me a considerable amount of time to realize that these moms are all part of a duo, that they have partners, picking up fifty percent of the other side of Parenting.

To take the example of my parents, while my mother is a master cook, stylist, interior decorator, and health specialist, she would not be able to last a day, if my father had not worked for as long as he did. Similarly, my father knows nothing about housekeeping.

And this is the case with most other two-parent households as well, the roles are neatly divided, and the lines are crossed only under extremely critical conditions. Realizing this, and accepting that there are zero role models in the space of Single Parenting to learn from, I broke out from my shell of insecurity and guilt and began to test and try different spells with which to ace this Single Parenting gig.

So, dear Single Parent, if you find yourself traumatizing over why ABC, as adopted as-is from your mother, is not working in your home, maybe it is because you need to figure out your own ABC, which is something that works for you and your child.

For example, Doing grocery runs was a massive bane for me. Not only did I have to balance all the bags, but also pay for them, and carry them back to the house, all while minding the child. This always left me completely drained, and I was losing my son inside the supermarket more times than I’d like to admit.

So finally, I figured, why not train my child to stay at home for short periods?

After much contemplation, I finally took the plunge, and now my child is more than happy to sit at home by himself while I do errand runs.

Now, these practices will be judged as cavalier, and will not sit well with your parents, the neighbors, or your friends, and they might try to guilt you out of it, but remember, you do not share their entitlement or the luxury that they have of having a partner to mind the kids while you take off.

So shut your ears to them, breath, teach your children to adapt to responsibility and safety, and become the A team that you need, and plunge forth into the brave new world of Single Parenting.

You are the good cop, the bad cop, and their Chief-in-charge

Gone are the days when you could threaten beatings/scoldings from the other parent to discipline your little monsters. Now, you are the Chief-in-Charge, and the onus lies solely on you to discipline, to love, and to take the decision on which of the two is the most appropriate reaction to their action.

But, I admit, this gets tiring and does make us feel a bit loony, like a Dr. Jekyll and Mr. Hyde, while jumping between good and bad, but trust me, it comes with practice, and sometimes even out of the blue. Like the other day, Adam and I were out shopping for essentials when he insisted (read: tantrum) on buying an action figure, and this despite having two of the same ones at home.

I wasn’t thinking at the time, so I blurted, ‘No, not until the ones at the home die.’ My kid burst out laughing at this faux pas, and so did I, but he also did learn a valuable lesson, that he would not get new toys until the ones at home ‘died.’

So, adopt humor, instead of an iron fist, and you can navigate more easily between being playmate and disciplinarian. Soon, your kids will learn that you are very capable of doing both, and there will be renewed trust and pride between you and your kids.

You will lose friends, some forever

You know how marriages bring friends and families together?

Well, divorces and breakups do the exact opposite.

I know many Single Parents, who struggle from the loss of this sense of security that marriage, no doubt gave to them, and are left wondering why people they once considered as friends, are now suddenly unreachable.

This loss is real, and it beckons a very lonely time in the life of the Single Parent, but the bright side is that once the dust settles, old friends that you lost contact with will come out from the wood works, and you will meet new people who are more in line with your new lifestyle as a Single Parent.

Says Jyothi, a full time working, single mother of three, “You have to make your own village after a divorce, especially when you are a Single Parent because you need people that you can lean on.”

While the ex might have agreed to go 50/50 on all expenses, Single Parents learn soon enough, that they are on their own, and that no matter how much they make, they are always teetering on the edge of the paranoia of not having enough.

While child support can help with some fixed essentials, like rent or school fees, the extras are unaccounted for, like medical emergencies, birthday parties, school functions, extracurricular, and can all come out of nowhere and eat into a chunk of whatever little has been saved.

Observes Irina, “I already have three jobs, but I am always open to new work as an Architect. My family depends on me for all their needs, and I do not have the time to pick fights with an ex who chooses to be unavailable.”

No matter how many books you read on co-parenting, and no matter how amicable the split was, the reality is that Co-parenting is just as tough as Parenting itself. Especially when you know that the children are watching the two of you very closely, and potentially picking up on the seeds for future behavior. So being civil and taking the argument out of the room is the only way forward, even when screaming at them for inappropriate behavior, seems to be the best option.

Says Sara, a marketing executive and single mother to a three-year-old daughter, “My ex always cancels on visits last minute, and this not only hurts our child’s feelings but also throws my plans to relax and unwind under the wheel. I have to keep reminding myself that he is the father of my child and keep my cool, but now since he won’t listen to reason, I choose to not tell my child of plans with her father until her father is literally on our doorstep, so that I can spare her the hurt of canceled plans.”

A veteran Single Parent learns early on that preparing 3 meals and 100 snacks in between daily is not humanly possible, and so she learns the subtle art of meal-prepping. In my personal experience, this is a difficult skill to gain and get used to, but, trust me, it is so worth it in terms of time and energy saved.

Just imagine the luxury of being able to microwave a home-cooked meal when you are not in the mood to cook. It’s simply priceless and healthy too! Also, the basics of meal prepping and thousands of meal ideas can be sourced easily from Pinterest, which is a huge lifesaver.

Bonus Gem: You are always the coolest Single Parent in any room that you walk into, so own it!

Now, raise your hand (or the glass of wine that it holds), for yourself, because you, my dear Single Parent, have truly earned it. 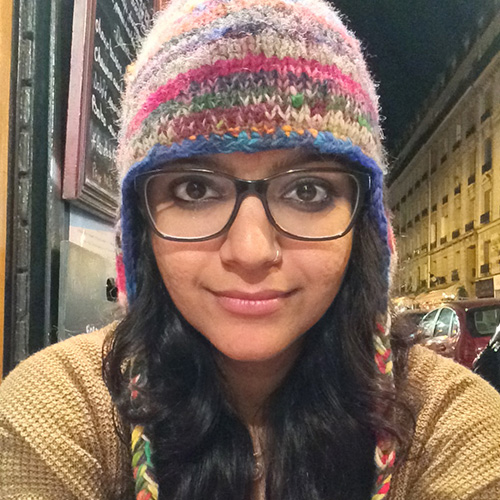 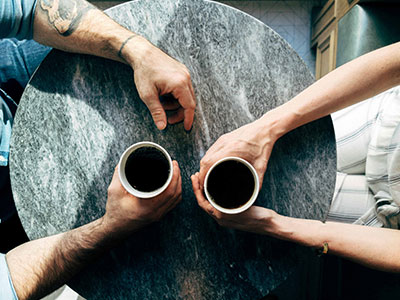 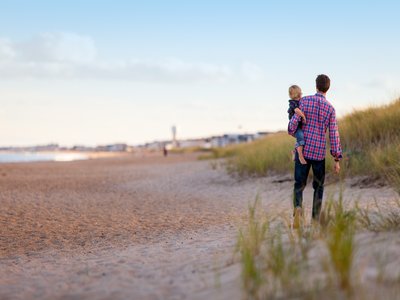 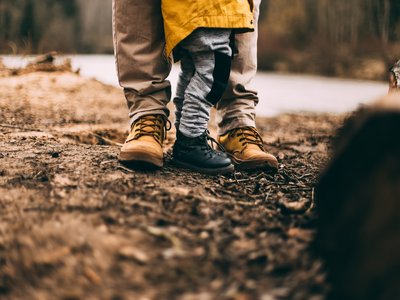 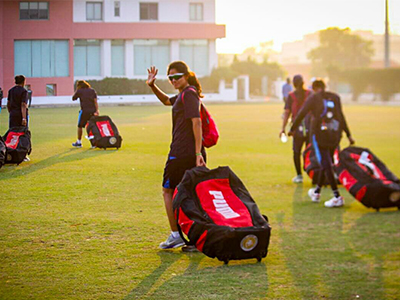 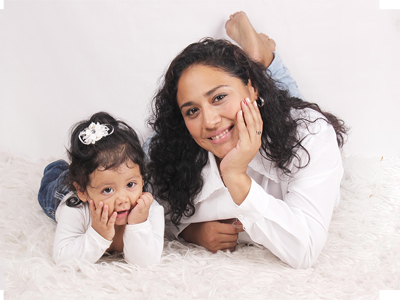 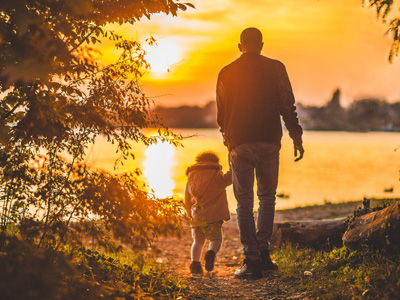